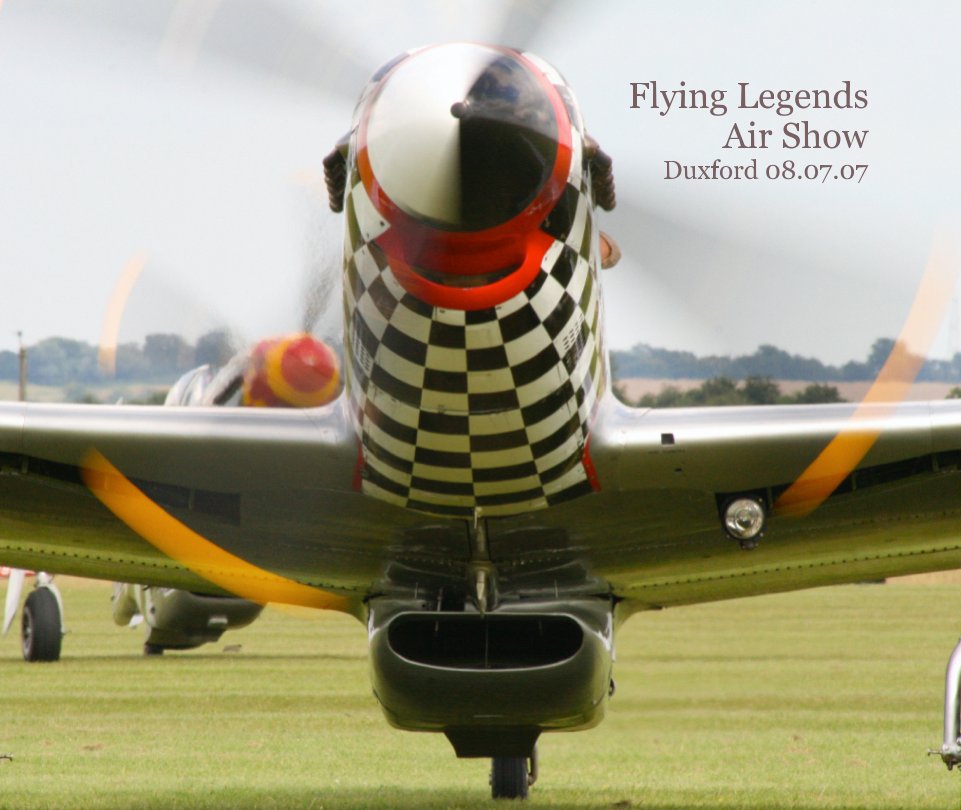 This book is a photographic collection of a truly exhilirating day at The Imperial War Museum at Duxford, Cambridgeshire, England, where huge crowds flocked to the former World War II airfield to witness the Second World War Flying Legends Air Show.

The first section includes up-close pictures of stationery aircraft and ground-based displays, including several shots of volunteer staff in authentic dress, The book then continues with loads of pictures of the planes airborne including an incredible display of an F-15E Strike Eagle of the USAFE's 48th Fighter Wing in formation with a group of Mustangs, and the new 'Team Guinot' wing walking demonstration!

A lot of people are amazed at how close the planes appear in the pictures, as I found a great spot to shoot from with my collection of lens's including my big zoom with Image Stabilisation.

The book has been created with the very best quality in mind, and is only available in Blurb's largest size hardback with glossy dust-jacket. All of the photography has been professionally optimised and the book professionally designed for maximum impact.

I hope whoever buys this book gets the same amount of enjoyment from it as I had in creating it!

Here to help, if you need a professional design service or just don’t have the time or expertise. I’ll ensure your book will be a unique and treasured object that exceeds your expectations and that you’ll be extremely proud of. My plus points… – 10+ years working with Blurb – 300+ books designed and produced (lost count a while back – could be 500+) – 25+ years as a professional graphic designer, with a B.A. (Hons.) – Extremely high level of service – My aim is for you to join my long list of previously satisfied clients, happy to endorse me – Expert user of Adobe InDesign – allows me complete creative control and means I'm extremely fast Basic work process… – Once I have all your details, I’ll supply a cost estimate – Once engaged, I’ll email proofs at every stage for your approval – Once fully approved, I’ll upload to Blurb for you to place your print order directly with them Previous work, with client testimonials… www.kevinatrent.com/book-design.html