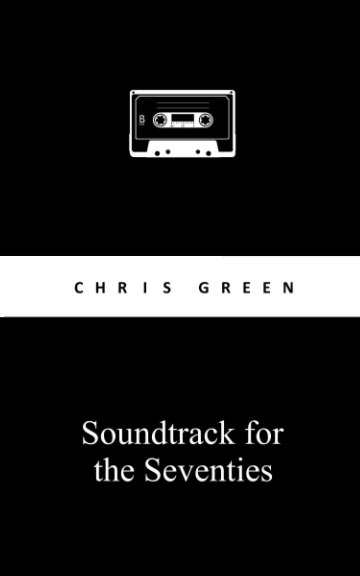 Soundtrack for the Seventies [Essay]

The portrayal of the seventies as a parade of Chopper bikes, space hoppers, cheerfully racist sitcoms, long hair, platform boots and lunatic flared fashion set in a mindless boogie wonderland of ‘Dancing Queen’ and ‘Stayin’ Alive’ has been relentless. Misrepresentation has been allowed to become undeniable fact. But that wasn’t Chris Green’s seventies. His seventies was about trying to survive in a new grammar school, church hall discos, power cuts, pubs with names like The Wheel of Fortune and The Peacock, Colt 45, Paddington and Waterloo, The Roxy and The Vortex, Yamaha FS1E’s and Vauxhall Viva’s, signing on, wanton racism, sexism and homophobia, the permanent threat of violence, bedsitland and wasteland waiting to be car parks. But more than anything it was about the songs of T. Rex, The Rolling Stones, David Bowie, Roxy Music, Sly Stone, The O’Jays, The Wailers, Cockney Rebel, The Ramones, Sex Pistols, The Clash, Kraftwerk, Iggy Pop, Wire, Public Image Ltd, The Slits and countless others as the mixtape playing in his head. Soundtrack for the Seventies is that tape!
Site Web de l'auteur
http://www.greeninconline.com

Chris Green was festering away in Reading until Johnny Rotten and punk came along to save his life. Naively believing that you really could do what you wanted, he wrote for fanzines, promoted groups and ran indie record labels before a handful of ‘proper’ jobs as a postman, binman and waste manager. Currently a middle-aged listener, thinker, writer and man of leisure addicted to bubblemint gum, medieval history, motorcycle sport and Manchester United, he lives with his wife Claire in the village of Spencers Wood, Berkshire.